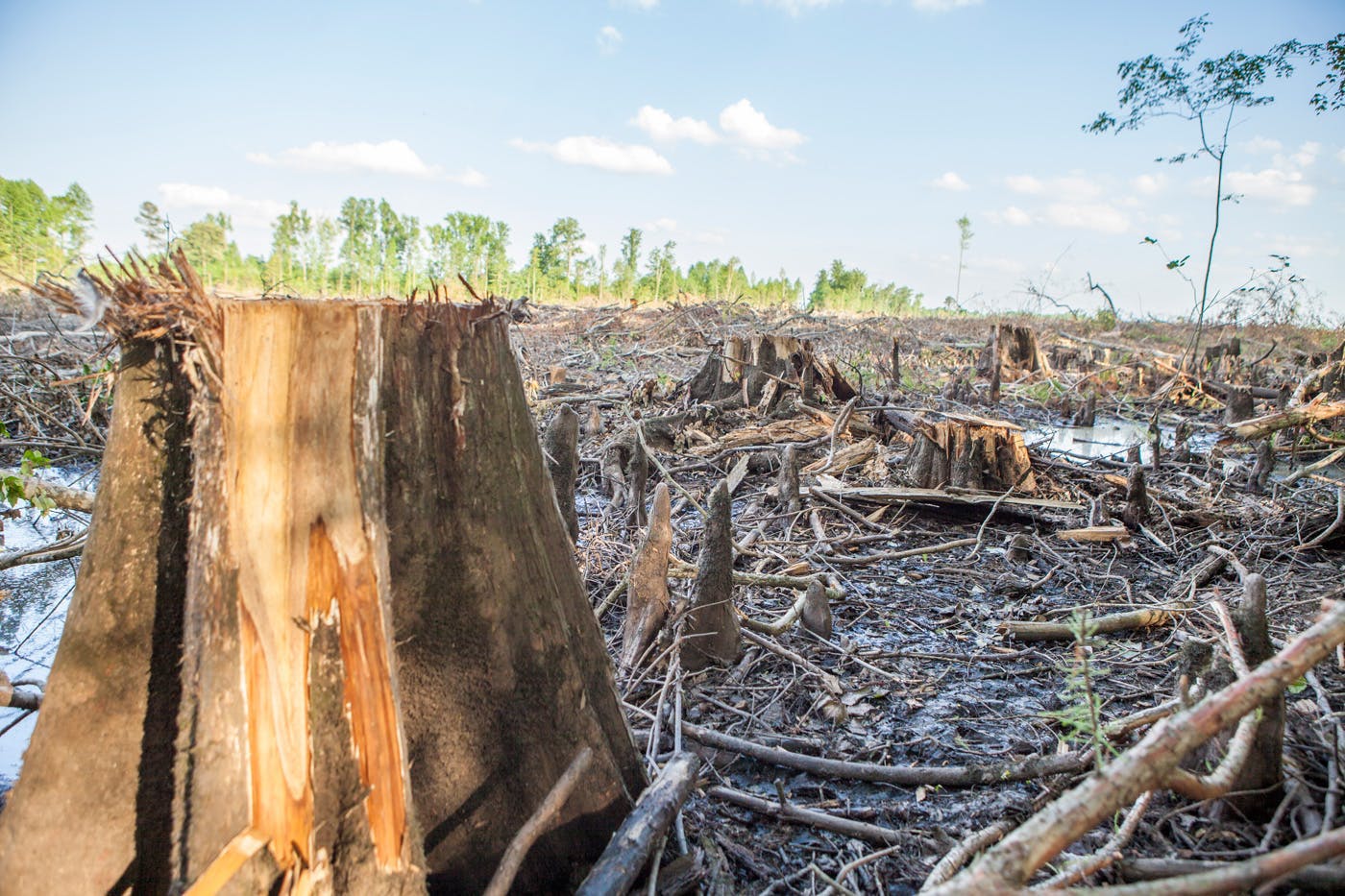 For the last ten years or more our national climate change conversation has been dominated by the need to get off fossil fuels. And rightfully so – we do need to rapidly transition away from burning coal, gas and oil for energy if we are to solve the climate crisis. However, it is becoming increasingly clear that scaling up the protection of forests is also vital.

Until recently, U.S. forests seemed to be largely absent from the climate conversation. That’s changing as evidenced by discussions about forests as a climate solution at the recent Global Climate Action Summit. But, the long-overdue attention to U.S. forests as a climate solution is still not getting at the heart of the matter. Benign terms like “working forests” and “managed forests” are frequently used when conversing about forests and climate change. It seems like no one wants to call it what it actually is-- industrial logging. Though the evidence is mounting, many still seem unwilling to acknowledge industrial logging in the U.S. as a significant climate problem.

The U.S. is the world’s largest consumer AND producer of wood products. Recent global forest cover loss maps produced using satellite imagery data found that the rate of forest disturbance from logging in the Southeastern U.S. alone was four times that of South American rainforests. That’s quite a big elephant in the room when it comes to the national conversation about climate change.

This year the recorded amount of carbon dioxide in the atmosphere reached an all-time human-era high of 411 parts per million (ppm) – well beyond the 350 ppm that climate scientists have deemed safe for humans. Even if we stopped emitting carbon from burning fossil fuels tomorrow, we’d still have too much heat-trapping carbon dioxide in the atmosphere and temperatures would continue to rise. That’s why scientists are now pointing to the critical need to also remove carbon from the atmosphere in order to keep the planet from warming more than 1.5 degrees Celsius—the point of potentially catastrophic consequences.

The most highly evolved, efficient and proven technology available for removing carbon from the atmosphere is not technology at all– it’s forests. As trees and other plant life in forests grow, they take in carbon dioxide, storing it in roots, trunks, leaves and the soil. Letting trees grow is as vital to solving climate change as getting off of fossil fuels. Intact biodiverse forests also optimize natural flood control, stabilize fresh water supplies, and cool the air at a time when extreme flooding, droughts, and heat waves are only getting worse.

The extensive logging of U.S. forests releases vast amounts of carbon into the atmosphere that would otherwise be stored in forests. Shockingly, these carbon emissions are not being reported by government. However, a recent peer-reviewed scientific report published in 2016 documents that carbon emissions from logging are significant and that logging is by far the biggest driver of carbon loss in U.S. forests-- five times that of conversion, fire and other sources combined.

A second study published this year by Oregon State University scientists found that the forest industry was the state’s number one carbon emitter – surpassing emissions from the fossil fuel sector. Equally as important, logging is degrading the amount of carbon stored in U.S. forests by at least 35%. Since what isn’t stored on the land is in the atmosphere, this is a huge climate problem.

Another study, published in Nature in December of 2017, warned that to solve the climate crisis we must acknowledge the climate impacts associated with logging of “managed” forests. Scientists compared current amounts of carbon stored in forests around the world with how much more carbon forests could store if forests were protected from deforestation and logging. The results show the extent to which intensively logged areas like the Southeast U.S., if protected, would move from their current status of “low carbon storage” to be among the highest forest carbon stores on Earth – meaning large amounts of carbon currently in the atmosphere could be removed and stored back in the forest where it belongs. Instead, Southeast forests are now being clearcut to make wood pellets to fuel power plants in Europe, even though doing so releases more carbon into the atmosphere per unit of electricity generated than coal.

Beyond its harm to forests and the climate, logging also goes hand in hand with pollution, poverty and inequity. Rural communities in the Southeast bearing the brunt of the impacts of logging have some of the highest poverty rates in the nation and pollution from certain wood processing plants too often disproportionately impacts poor communities and people of color. There is simply no evidence that industrial logging has helped create sustainable, healthy, rural economies. It’s time to rethink the forest extraction economy in the U.S.

There is some good news, however. An unprecedented alliance of faith, justice and environmental organizations along with scientists and elected officials has come together behind a US Forests & Climate platform known as Stand4Forests that calls for swift action to protect U.S. forests from industrial logging. With over 200 signatories to date, and the launch of a nationally-coordinated effort to draw attention to it, it’s not likely that industrial logging will continue to be the elephant in the U.S. climate room for much longer.