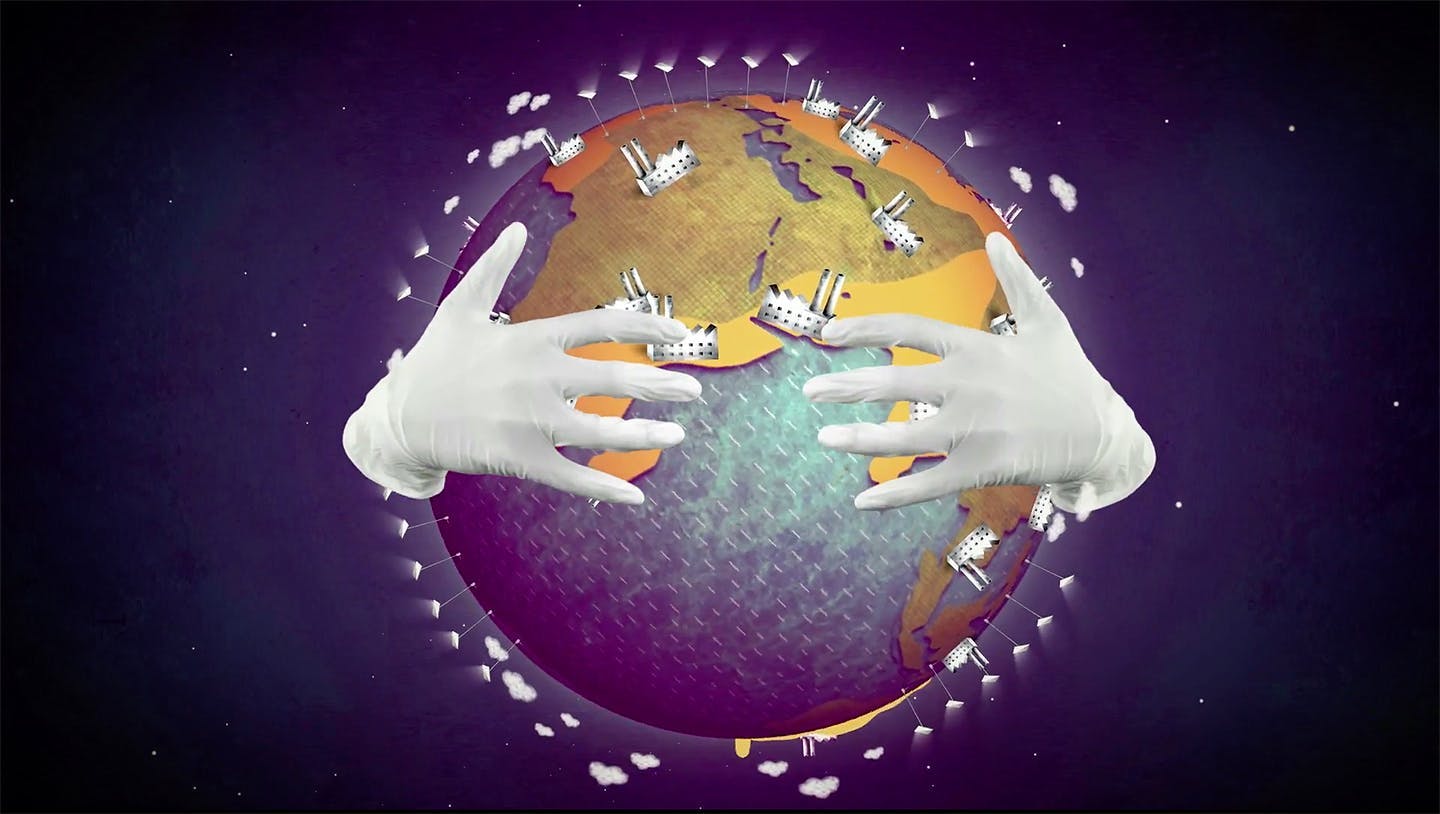 What is geoengineering?
Geoengineering refers to a set of proposed technologies to intervene in and alter Earth systems on a large – i.e. planetary - scale. There are two basic directions such interventions can take: One is a suite of technologies that aim to reduce the amount of incoming sunlight to artificially cool down the climate. These are so-called Solar Radiation Management (SRM) approaches that could consist of shooting aerosols into the stratosphere to mimic the effect of a volcano eruption or to brighten clouds or ocean surfaces to make them more reflective. Other Earth system interventions under the umbrella of carbon dioxide removal (CDR) or greenhouse gas removal (GGR) aim to suck CO2 from the atmosphere at a large-scale and bury it underground or in the oceans.

Who decides?
The majority of the world’s peoples and governments do not know what geoengineering is or who is pushing research and potential deployment of these technologies. These ideas imply a massive new resource grab and the risk of a few individuals taking control of our global thermostat. In the process of testing and rolling out these technologies, humans would become experimental subjects without ever having given our consent. So one thing is clear: There is great and urgent need to understand what is being proposed and to make our voices heard!

Part II of our video series “A technofix for the climate?” presents one geoengineering technology – BECCS (Bioenergy with Carbon Capture and Storage) - as the posterchild of Carbon Dioxide Removal technologies on land. We focus on the risks, negative impacts and potential side-effects of BECCS, and address some of the real solutions the land sector offers for tackling climate change like transforming our industrial agriculture into a more sustainable food system and protecting and restoring our natural ecosystems.

So what is BECCS?
BECCS (Bioenergy with Carbon Capture and Storage) combines two controversial technologies: bioenergy and CCS:

CCS was originally developed as an Enhanced Oil Recovery (EOR) technique. This involves pumping pressurized CO2 into older oil reservoirs to recover otherwise inaccessible oil, thus significantly boosting production of fossil fuels and further heating up our climate. No wonder the fossil fuel industry is keen to get public subsidies for a highly questionable technology that would prolong the lifespan of its devastating business model. Capturing CO2 from bioenergy processes would be even more technically challenging and energy intensive than capturing CO2 from coal plants, which has been attempted at great cost and with little success.

BECCS is promoted as “carbon negative” but it is not. Bioenergy is wrongly considered “carbon neutral” based on the idea that plants will regrow to fix the carbon that has been emitted. But a large body of scientific literature indicates that many bioenergy processes result in even more CO2 emissions than coal, oil or natural gas. This is due to indirect land use changes, the degradation and overharvesting of forests, and emissions from soil disturbance, harvesting and transport. Because BECCS needs fast-growing energy crops, its deployment could also require more than doubling fertilizer inputs. This would seriously increase environmental degradation. Large-scale BECCS deployment could result in rapidly rising food prices across Africa, Latin America, and Asia, threatening food security for many of the world’s most vulnerable.

One things is clear: geoengineering schemes like BECCS that are meant to manipulate our ecosystems and global natural processes come with great risks and uncertainties, as well as with foreseeable adverse impacts on land ecosystems and human communities depending on them.

To help navigate fact and fiction on geoengineering, the Geoengineering Monitor team just released 14 fact sheets that give up-to-date information on the status, key players, and potential impacts of some of most prominent geoengineering technologies.