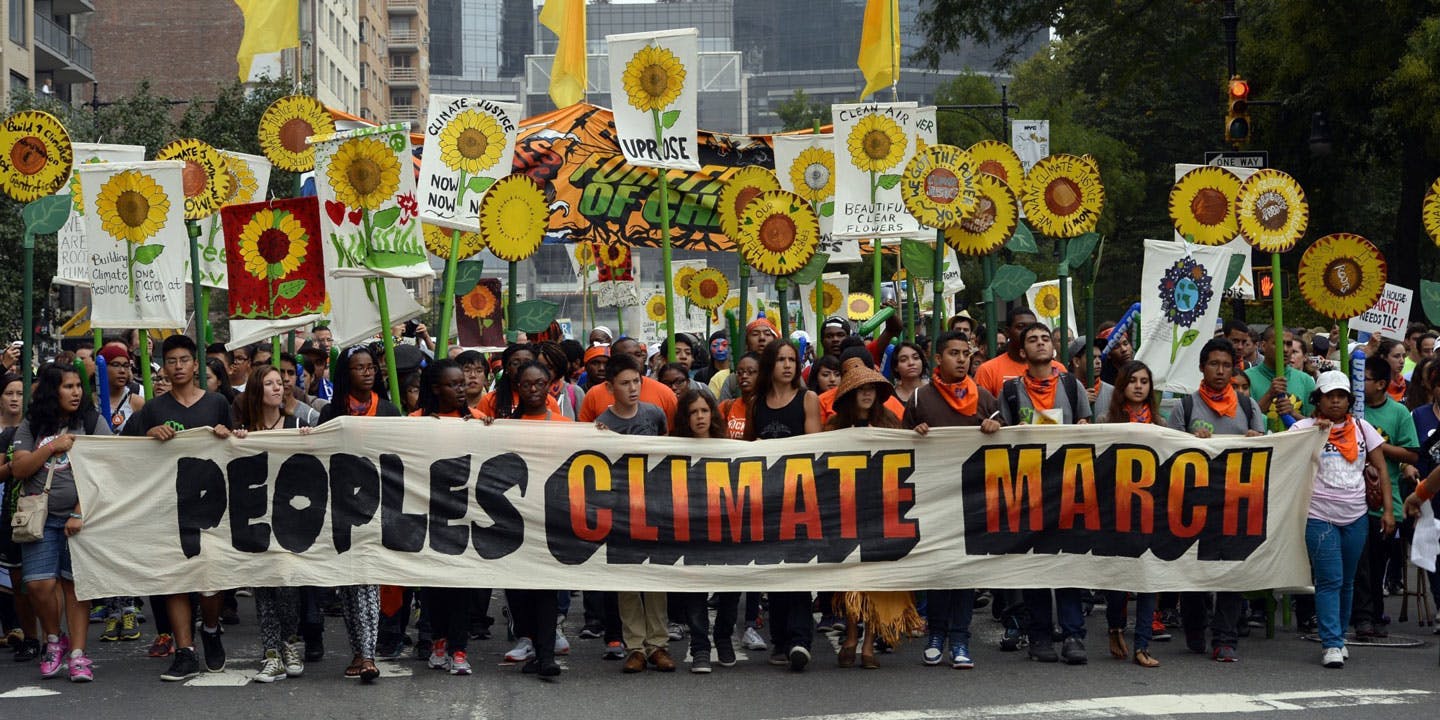 The People’s Climate March in New York City was the largest climate march in history and a watershed moment for indigenous peoples who have been on the front lines of both climate change and the polluting industries that cause it.

“In a word, empowering,” said Casey Camp-Horinek, Ponca Nation actress and activist. “Not just for personal reasons, because of everyone who came out and stood together. So many like-minded people.”

The number topped 400,000, according to the organizers. Along with Leonardo DiCaprio, Mark Ruffalo, Sting, Edward Norton, and other celebrities, the marchers included such luminaries as former Vice President Al Gore, New York City Mayor Bill DeBlasio, various congresspeople and United Nations Secretary-General Ban Ki-Moon, who has called upon the world’s leaders to meet this week and commit to solving the crisis.

The march stretched out longer than its official two-mile route, with walkers streaming down Sixth Avenue from Columbus Circle for hours upon hours. They periodically stopped to chant and cheer. Hundreds of thousands more marched worldwide, in dozens of cities, all trying to bring world leaders’ attention and commitment to the world’s climate crisis. Excitement and determination hung electric in the air. There were Buddhists and others of faith. There were trade unions. And there were Indigenous Peoples from all over the world.

“Today was a historic day,” said Clayton Thomas-Muller, a co-director of the Indigenous Tar Sands Campaign of the Polaris Institute and an organizer with Defenders of the Land who is calling for regulations on pipelines and other intrusive industries.

“Never before has there been such a demonstration on climate,” Thomas-Muller said. “It sends a strong strong message.”