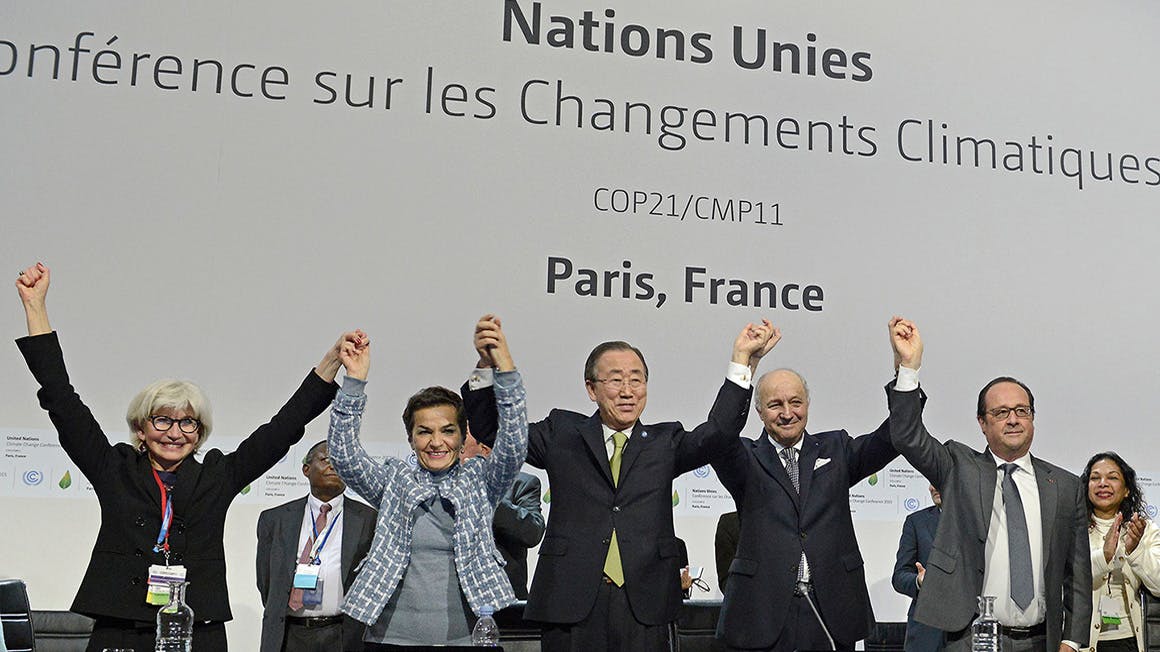 Green Buildings: The Future Has Arrived

Only 11 months after its adoption the new international climate change deal, the Paris Agreement, will enter into force on 4 November 2016. The remarkable and unprecedented speed of ratification is evidence of the commitment of governments, representing nearly all countries around the globe, to combat climate change. Climate change is now firmly established on the international agenda, making it hard if not impossible for any subsequent governments to pull out without risking international side-lining.

The Agreement is historic not only because of its universal support but because it marks the political turning point towards the decarbonisation of the global economy, meaning, inter alia, a complete phase out of fossil fuels. Such transformation to alternatives to coal, oil and gas, is the real challenge in the years to come.

A cornerstone of the new climate change Agreement is the so-called nationally determined contributions: All countries made proposals on how much they want to reduce their greenhouse gas emissions. It is a great and unexpected success that almost all countries of the world have made such a proposal.

But the level of ambition presented in the national proposals is not yet sufficient to save the climate. Even if all 190 countries implement their emission reduction proposals, average global temperature increase would rise to approximately 3°C by the end of the century - see for example climateactiontracker. Such temperature increase is likely to have dramatic impacts on biodiversity, human life and the global economy overall. It is far away from the global goal in the Agreement to limit global average temperature increase to “well below 2°C above pre-industrial levels” and to further pursue efforts to limit the increase to 1.5°C.

So more has to be done:

First, achieving national reduction proposals will require the implementation of new national policies and measures to reduce greenhouse gas emissions. For example, countries such as the USA or Canada would miss their targets by a wide margin without the introduction of new measures; other countries, such as China and the EU, also need to do more.

Second, countries must work to increase their mitigation ambition as quickly as possible. The Paris Agreement requires countries to review their national contributions and present new proposals in regular intervals. The next official point to present new proposals is 2018. But for 1.5°C in particular, the window of opportunity is closing rapidly: waiting until 2018, will be too late.

Third, countries need to take into account the numerous efforts by actors other than national governments: An unprecedented number of companies, city and regional governments, investors and civil society organisations came to Paris and put forward commitments to reduce their greenhouse gas emissions. Many of the proposals go beyond what national governments have proposed. So there is hope that more can be done.

The ratification of the Paris Agreement brings the world a step closer to limiting climate change, but many more steps are necessary to actually achieve it.