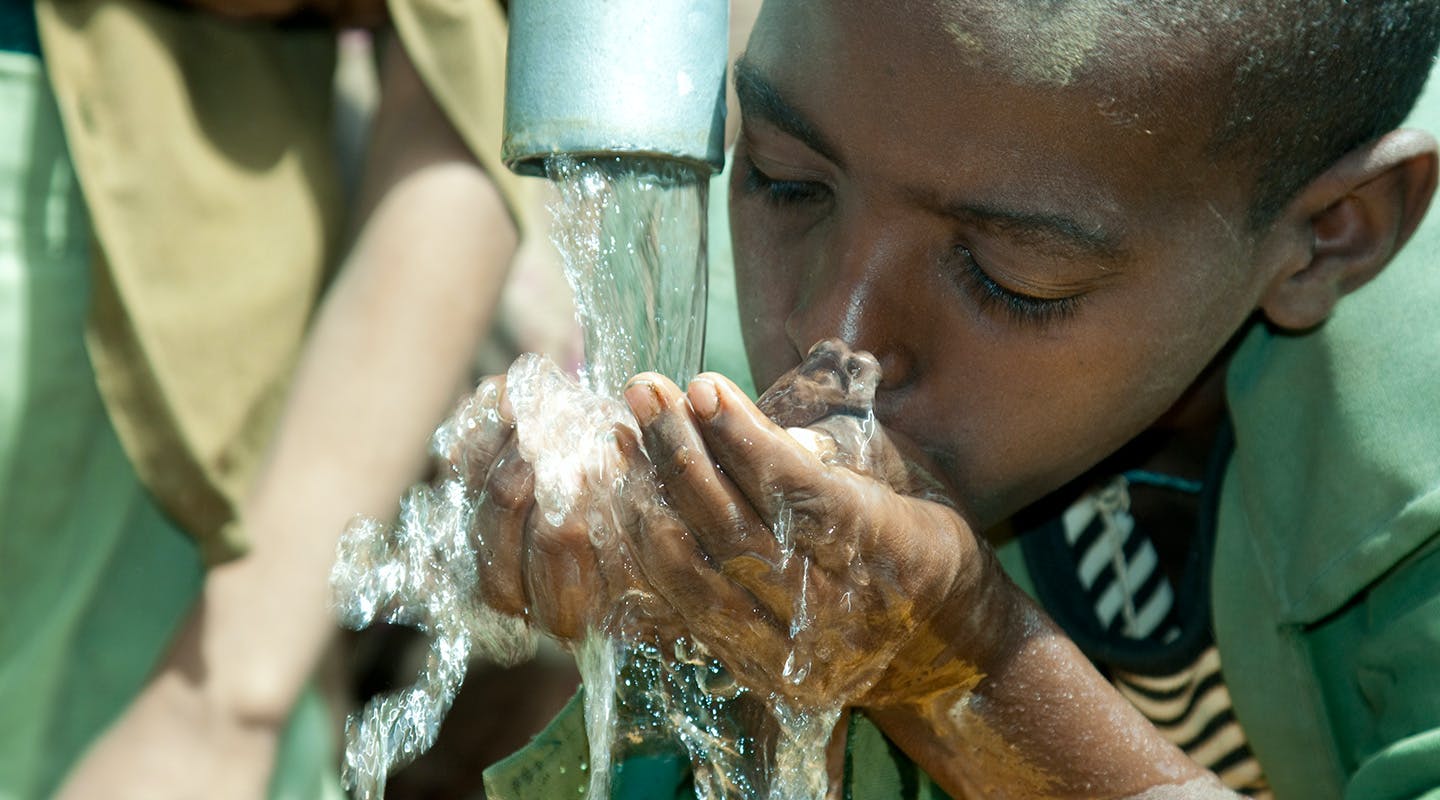 Co-director of the Water Nexus Conference

In September 2015 Heads of State agreed to 17 Global Goals for the next 15 years. Each of the 17 goals connects in some way to climate change. Ending poverty, the first of the Global Goals, is inextricably linked to climate change. The world’s poorest people are also the most vulnerable to climate impacts, which lead to insecure access to food, water and shelter. Temperatures have already greatly increased over the past decade, and a new report shows that as many as 4 billion people now live with severe water scarcity for at least one month out of the year. As temperatures rise, these water shortages will increase, making life-sustaining agriculture more and more difficult. Water is the basis of life without it humanity will fail on this planet. Already 663 million people lack access to water and climate change will make this so much worse in the coming decades. By 2030 UN experts estimate that there will be a water shortfall of demand over availability of between 30-40%.

Climate change also directly impacts global health. The World Health Organization estimates that climate change will be responsible for an additional 250,000 premature deaths per year by as soon as 2030, due in part to shifts in weather patterns that prolong the breeding cycles of disease carrying insects and increase their spread most recently seen with the zika mosquito, as well as heat waves and malnutrition. Climate change is also dramatically impacting biodiversity both on land and in the oceans, disrupting the web of life and reducing the ability for natural systems like forests and coral reefs to absorb greenhouse gases, further worsening global warming. Oceans are now warmer, higher, stormier, saltier, lower in oxygen. They are also becoming more acidic, by 150% by the end of the century, which will impact on fish stocks – which themselves are already in danger of overfishing.

We use 70% of our water for agriculture (Goal 2) and the estimates are that by 2030 we will also need an extra 30-40% food compared to today. These challenges on so many fronts require the goals to be considered together and no longer in silos.

This is not just a developing country problem it is also a developed country problem. The United States has been suffering intensive droughts in the last five years in states such as Texas, New Mexico and California. Even states as far north as North Carolina have had drought warnings in parts of the state. The changing in weather patterns will cause unpredictable weather and as well as doubts we will see serious incidents such as Hurricane Matthew and Sandy causing disaster and severe flooding. This will only increase as climate change impacts are felt more severely.

The good news is that by addressing the Sustainable Development Goals then at the same time there will be a huge positive impact on addressing climate change. Many of the solutions to climate change are also solutions to the Sustainable Development Goals 7-11. Investing in urban infrastructure, housing and transportation, with a focus on energy efficiency, renewable energy and water conservation, can create pathways for millions of people to rise out of poverty. Micro-industries like clean cookstoves and solar lighting can empower women in rural areas to become their own entrepreneurs, providing the possibility for their children to study after dark and opening economic doorways for the future.