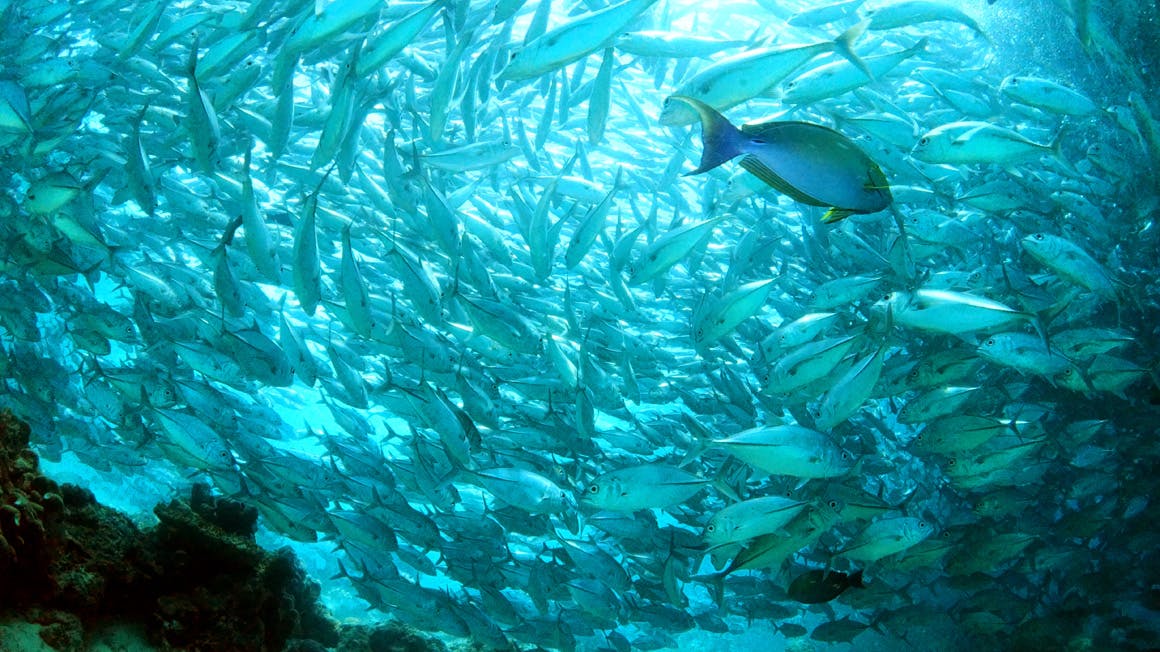 The Promise of Paris

In the last century, our atmosphere has become like a hothouse used to grow tomatoes in the winter. The amount of heat from the sun that has been captured by our planet has been greater than the heat reflected back to space. Since 1955, the ocean has captured 90% of this heat. If all that heat were released to the atmosphere, our world would be 36oC warmer. Not 2oC warmer relative to pre-industrial levels – the level needed to avoid catastrophic climate change – but 36oC warmer! Without the ocean, earth would be like Venus: not a place that could harbor human life.

This warming has been due to the dramatic increase in carbon pollution – mainly the infamous carbon dioxide (CO2) – caused by industrial activity. Here comes the ocean to the rescue once again: the ocean has captured a quarter of all the CO2 we have spewed into the atmosphere. Microscopic oceanic plants and bacteria use the energy of the sun to turn part of this CO2 into carbon and oxygen, like the forests on land. This carbon will eventually sink to the bottom of the ocean as these microscopic organisms die and fall; and part of that oxygen will return to the atmosphere, providing more than half of the oxygen we breath.

This absorption of carbon pollution by the ocean helps reduce the warming of the atmosphere, but this comes with collateral damage, because that extra CO2 that the ocean absorbs is making the ocean more acidic, killing coral reefs, oysters, and countless species throughout the food chain.

The ocean is protecting us, but killing itself by doing so. When the ocean loses the ability to continue capturing large amounts of our carbon pollution, or when the ocean becomes too warm, then nothing will come to our rescue. Only we can prevent catastrophic climate change, and save ocean life and ourselves.

In addition to reducing our carbon pollution we can make ocean life more resilient, more able to adapt to climate change, by protecting huge areas of the ocean in marine reserves that prohibit extractive activities like fishing, drilling, mining, development. About 1.5% of the ocean is currently protected in such no-take reserves – an insignificant fraction of our ocean, and far below the 30% that scientific studies recommend for protection.

Safe from human exploitation within these reserves, marine life bounces back spectacularly. Fish abundance increases, on average, about five times within a decade. Coral reefs within marine reserves are more likely to grow back after warming events. And preserving functioning seagrass beds, mangrove forests and salt marshes will help capture a lot more carbon. An added benefit is that increased reproduction within the reserves means that many fish spill over their limits, which helps the fishermen around them. Marine reserves are a win-win-win. Creating many more of them would help us buy time while countries figure out how to implement the Paris climate agreement and reduce carbon emissions. And very important, huge protected areas would create hope and give a feeling of progress, which we badly need to keep us engaged in the long-term solutions.

At National Geographic Pristine Seas we have been working with the Leonardo DiCaprio Foundation and other key partners to help protect the wildest places in the ocean. We will continue doing so for years to come, to help save ocean life, and at the same time help the ocean protect us.