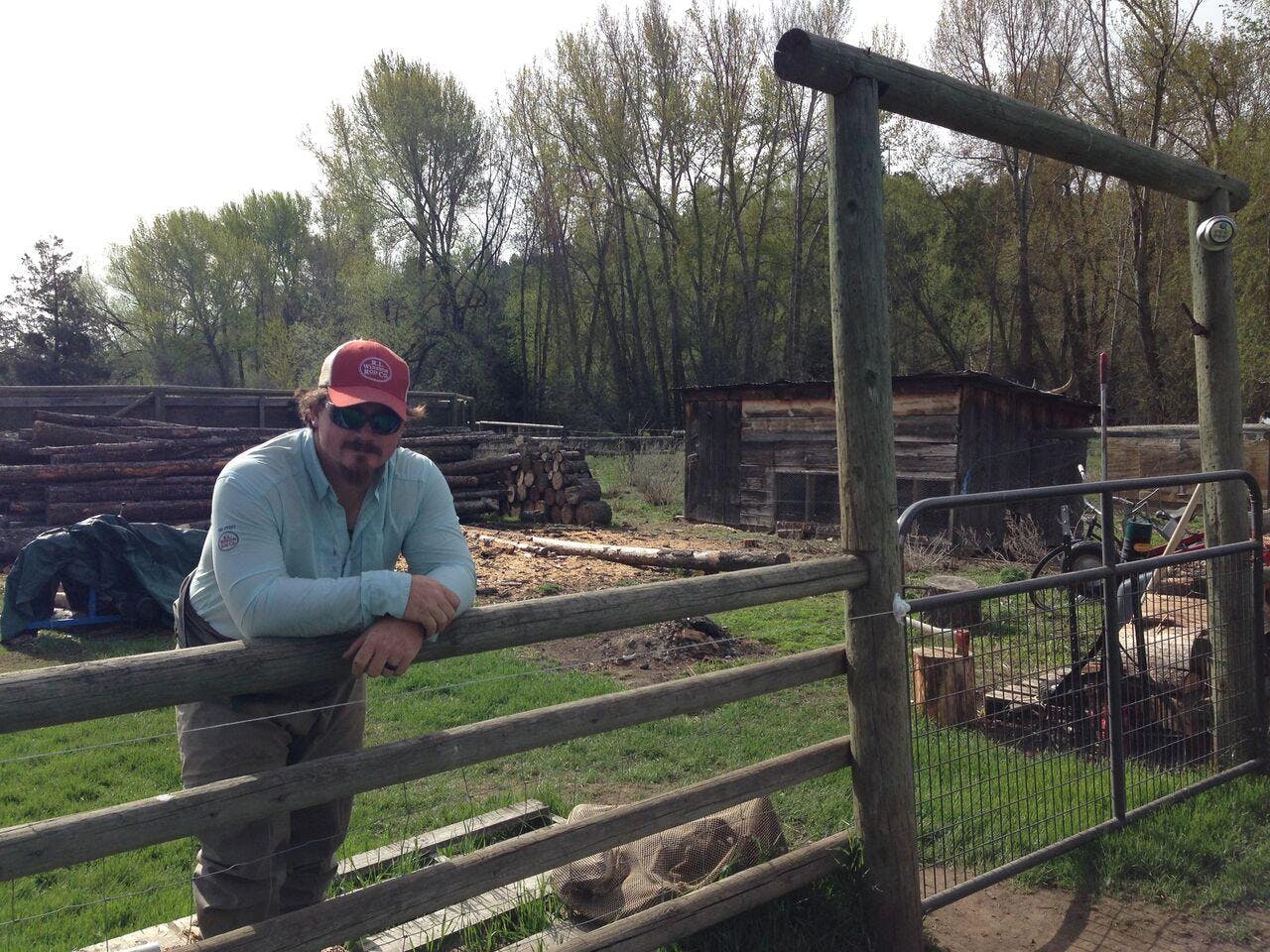 Fourth generation rancher works to restore a river in Oregon

Twenty one kids are suing the U.S. federal government over climate change

The new podcast terrestrial brings us this story from Wallowa Valley in Oregon.

After the occupation of the Malheur Wildlife Refuge in Oregon last year, there have been many questions about the relationship between private landowners and the government, particularly in the West. So why would a fourth-generation rancher who doesn't put much trust in the government choose to work with federal agencies to restore salmon runs on her property?

That question leads us to Liza Jane McAlister. She’s a fourth generation rancher in the Wallowa Valley of Oregon, not too far from the refuge. Liza Jane owns and manages the 6 Ranch with her two grown kids. She’s got several hundred head of cattle, on about 1,000 acres. And like many of her neighbors, she tends to bristle at government rules and red tape.

But she made a really interesting choice. Liza Jane looked at the river that runs through her property — the Wallowa River — and she saw that it wasn’t healthy. It didn’t have the salmon numbers it used to have when her great-grandparents came to this valley in the late 1800s, around the time the federal government forced out the original inhabitants, the Nez Percé Indians.

More than a century later, Liza Jane put aside her feelings about the federal government for the sake of the river. But it was actually Liza Jane’s son James who first thought of restoring the river on his family’s ranch.

“It was my idea as an 8 year old to try to move the river into some of the old river channels I had found,” he said.

As a kid, he would walk the ranch with his mom and track where the river used to flow through their property, meandering across the valley floor as it had flowed before settlers arrived. His great-great-grandparents homesteaded this land and had likely used oxen and plows to dredge and straighten the river. Basically, they pushed it to one side of the valley to make room for fields and pastures for their livestock.

But James loved to go fishing. And he knew, even as a kid, that salmon like curvier, slower-moving rivers instead of straight-flowing chutes. “I'd like to say that I had some really complex ideas about aquatic macroinvertebrate diversity,” he said, chuckling, “but the truth of the matter is that I looked at this winding course of ancient river track and thought, ‘Man, that would fish better.’”

He was onto something. Salmon look for shady bends in rivers where there are quiet pools and side channels for them to rest and lay their eggs. Endangered chinook salmon spawn in the Wallowa River, so years later, when the federal government was looking for partners to help restore salmon habitat, 6 Ranch looked like a good fit.

Despite her interest in the river, Liza Jane had complicated feelings about the government because of the so-called timber wars of the 1990s. Back then, the feds had put the spotted owl on the endangered species list, which triggered new regulations to limit timber harvests to protect the bird. Thousands of loggers in Oregon lost their jobs. Many blamed the regulations. It’s still a sore spot for Liza Jane.

“I experienced the spotted owl deal,” she said. “That was bullshit.” So why would she welcome federal officials onto her property for a major river restoration — risking the ire of her neighbors? Well, for starters, Liza Jane said she’s never cared much about what other people think of her. There aren’t many women running ranches, and when she first took over from her parents, even her former husband had a hard time with it.

“There was a sense of, ‘She couldn’t have any idea what she’s doing. It won’t work. No idea what she’s doing,’” she said. “Expectations for me to fail have been tremendous and it inspires me.” Liza Jane and her husband split up not long after Liza Jane took over the ranch. She was on her own not just running it, but raising James and his sister Adele. She tells stories of leaving the kids on a blanket in the middle of the pasture with cups of Cheerios while she was off fixing fence posts. It wasn’t easy doing everything on her own, but she made it work.

In a way, that sort of independence is celebrated in this part of the world. People rely on their family and neighbors for help managing their land, not the government.

But sometimes the government shows up anyway. One day, a few years after the spotted owl turmoil, Liza Jane wanted to cut down some spruce trees on her land to make fence posts. But there were endangered bald eagles nesting nearby, and state officials warned her she’d have to get approval first.

“I was so mad. I went down there — I know I’m on tape — but I was pitching rocks at eagle nests,” she said. “How can you tell me now that we don't have the ability to make decisions about our place?”

But federal laws like the Endangered Species Act exist to protect the creatures and natural systems — like rivers — that go beyond individual property lines. Because eagles and spotted owls and salmon don’t belong to the people who own the property where they happen to nest or spawn.

Liza Jane realized there would be trouble if she cut those trees without permission. So she tried another approach: She invited officials from the Department of Fish and Wildlife and forestry experts to her property to see if they could compromise. They walked Liza Jane’s land, looked at the trees and the river and talked to each other. The guy from Fish and Wildlife pointed at the trees she wanted to cut and said, “The eagles don't use those trees anyway; they’re using other trees over there.”

And the guy from Fisheries said, “You know, cutting a few trees and leaving them in the river would actually create good hiding places for fish.” Within a few hours, Liza Jane said they were trying to get her to cut four times more trees than she wanted. She said she came away from the experience with the sense that these government workers weren’t out to get her. They were following rules and regulations, and they had the best interests of the land at heart.

So she decided to partner with state and federal agencies to restore the river for the sake of the endangered salmon that spawn there. But it turned out to be harder than she thought.

To find out what happened, listen to terrestrial podcast, a new show out of Seattle's NPR affiliate, KUOW, from reporter and host Ashley Ahearn. She interviewed Liza and visited her ranch to bring us this story. It's one of many environmental narratives highlighted on terrestrial, a show that explores the choices we make in a world we have changed. You can join its Facebook group and subscribe to the podcast to hear full episodes. Season two launches October 10.