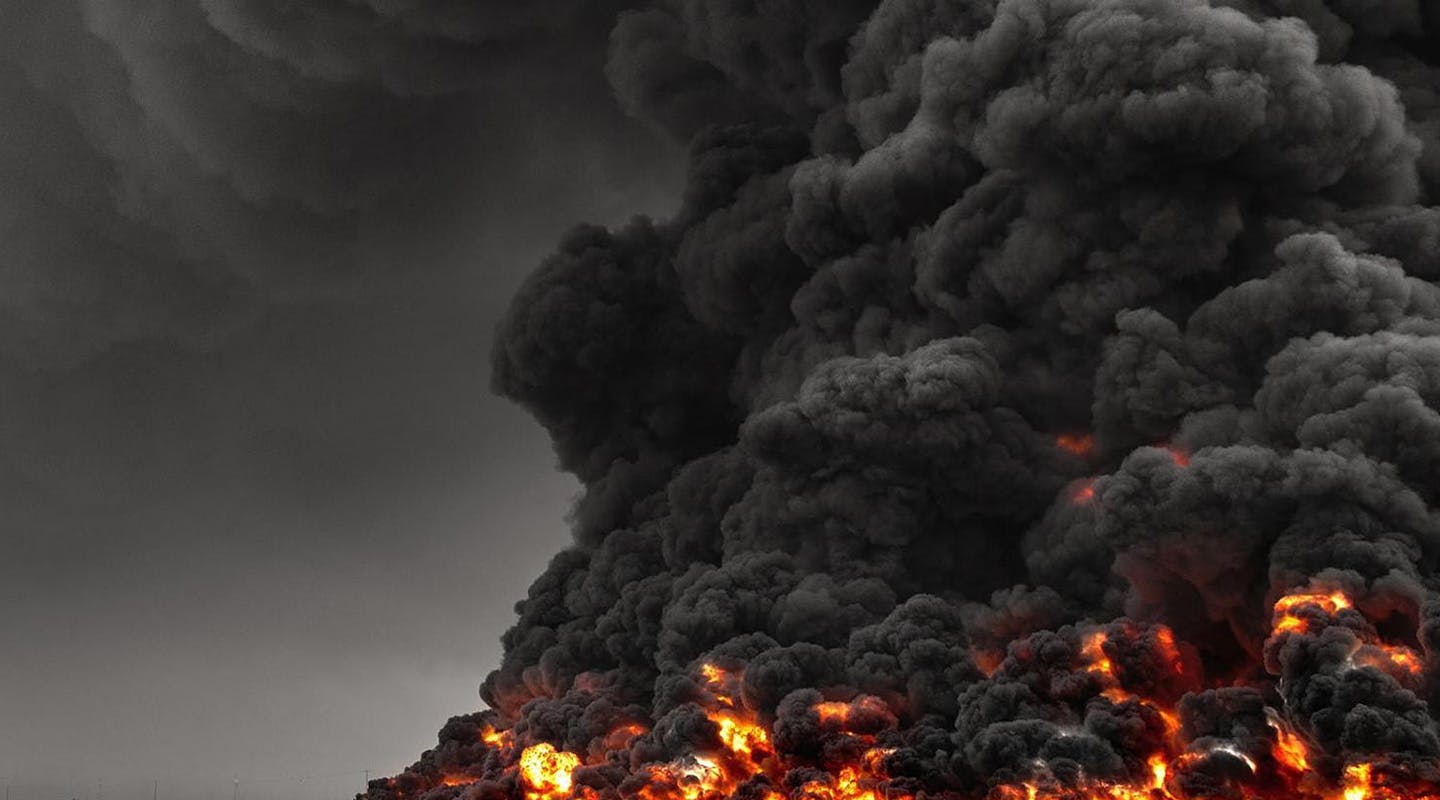 Billowing black smoke from a fire

When you talk about the causes of climate change, most people immediately think of dirty smoke pouring out from smokestacks, burning trash heaps, or forests on fire. It’s true the smoke and soot that you can see with your naked eye is harmful and often incredibly toxic. But it’s the stuff you can’t see that in the long run is the deadliest. I call them the four deadly gases – carbon dioxide, methane, nitrogen oxides, and F-gases – which are driving global climate change through the greenhouse effect.

Each gas has a different warming effect. Carbon dioxide (CO2) is by far the most prevalent greenhouse gas – about 38 tonnes were emitted in our reference year of 2010, mostly from energy production and deforestation. There is a lot less methane (CH4) being emitted into the atmosphere but it has a much greater warming impact (about 25 times more potent than CO2). In 2010 we emitted about 9 tonnes of methane CO2e (carbon dioxide equivalent), most of it from agricultural production. The same year we emitted about 3 tonnes of nitrogen oxides (NOx) again mostly from agriculture, and another 1 tonne in F-gases, from industrial production and coolants.

The simple chart below combines these four gases and shows how much TOTAL CO2e was created in 2010 from various human activities. When you boil it all down it is actually pretty simple. About 2/3 of the total pollution causing climate change comes from the burning of fossil fuels – coal, oil, and natural gas. Another 1/4 of emissions come from land use changes and agriculture, including livestock. The last 9% or so comes from 3 other important but relatively smaller sources – F-gases like HCFC’s used in your refrigerator (2.2%), emissions from making cement (3.3%) and emissions from waste (3.4%).

Coal is the worst of the worst, accounting for about 28% of total global warming. Next up is oil accounting for 23%, and natural gas, accounting for another 19% of total global warming. These figures include about 1.5 billion tonnes of “fugitive emissions” – or gases that escape during the storage or transport of the fuel supplies. When you combine that with another 4.5% of additional pollution from the mining, drilling and processing of fossil fuels you realize just what an inefficient energy system we have.

There is quite a lot of confusion around land-use changes, agriculture, and livestock. There was even a film recently that suggested that we don’t really need to fix our energy system if we all just stop eating meat. That is definitely not the case. But as the scientist Gidon Eshel explains in Before the Flood, emissions from producing meat are indeed enormous, as are other land uses. See Livestock: Global Indigestion »

Let’s start with land clearing and deforestation. Nearly 13% of all pollution causing global warming is from cutting down (and often burning) trees and other wildlands mostly in South America, Africa, and Asia. What is driving it? It differs greatly by continent, but altogether clearing land for food crops is the biggest reason, and most of that is from large-scale industrial farming operations. Palm oil plantations are the worst in this category, as was depicted in the film. Literally 80% of Indonesia’s rainforest has been torched to make room for these plantations, making the country one of the world’s worst polluters.

You’ll also notice another 3% is for land clearing for livestock feed. If you add that together with emissions from manure, which is mostly used to fertilize feed crops, and emissions from enteric fermentation (aka cows burping) you can attribute more than 10% of global warming to livestock.

If you want to geek on the different causes of global warming by gas type and also by end use, dive into the sankey chart below produced by scientists at the University of Cambridge and Published in the Journal of Environmental Science & Technology, 2013.