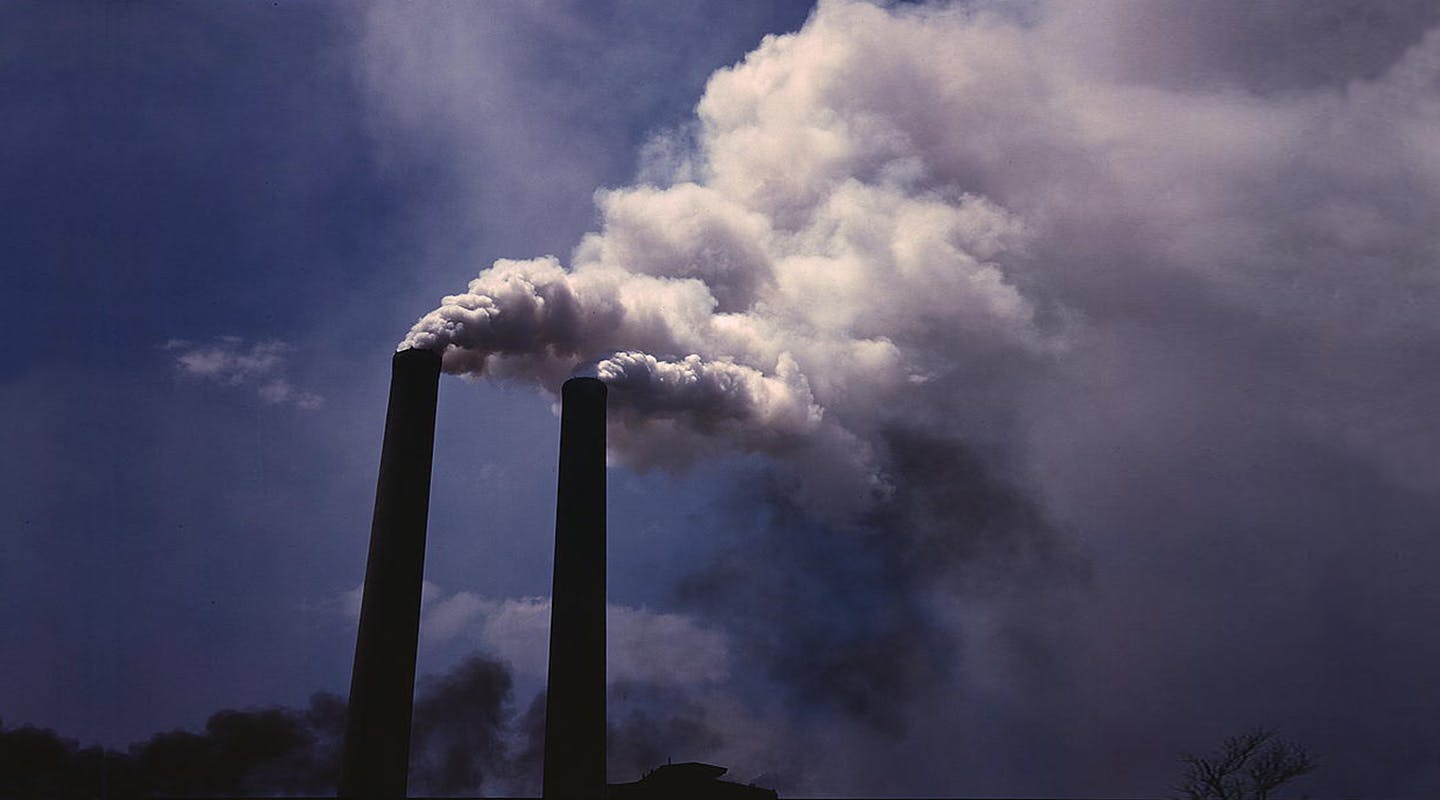 The atmospheric concentration of CO2, the most powerful global warming gas, has increased 42% since the industrial revolution, and current levels are higher than they have been in the past 800,000 years, long before our Neanderthal ancestors first walked the Earth. Atmospheric CO2 is directly correlated to increasing temperatures. Current CO2 levels are at 400 ppm (parts per million) and are predicted to reach 450 ppm by the year 2040, when we could cross the dangerous threshold of a 2°C temperature rise, potentially triggering extreme climate impacts. Read More »

The primary driver of global climate change is the burning of fossil fuels. CO2 and other emissions produced from coal, oil, and natural gas accounts for a full 2/3 of total heat-trapping gases emitted into our atmosphere. Emissions from deforestation and other land use changes plus emissions from the agricultural sector accounts for another 24%. Cement, waste and industrial chemicals called F-gases account for the rest. The chart below shows the breakdown of pollution from these sources by sector, based on a detailed analysis from the University of Cambridge. Read More »

In 2012 the G7 nations — United States, Canada, United Kingdom, Germany, France, Italy, and Japan — produced about 9.2 Gt (billion tonnes) of CO2 from the energy sector. The 4 biggest developing countries (BRIC) — Brazil, Russia, India, and China — produced another 14.2 Gt. Combined, these 11 countries account for 2/3 of total CO2 from energy production. But it’s important to look at total pollution emitted historically to understand which countries are most responsible for global warming. Cumulatively through 2010, the entire world has emitted 1,300 Gt CO2 (355 Gt of solid carbon) from energy use and cement production. The U.S. has been the biggest historical contributor by far (27%) with Russia (11%) and China (10%) next in line, and the UK and Germany contributing another 11% of the total. Read More »

The sad truth is we, the taxpayers, are funding the destruction of our planet. 197 countries signed a global deal to prevent climate change yet those same countries spend billions each year subsidizing the coal, oil and gas industries. According to the International Monetary Fund, these subsidies are equivalent to 2.5% of GDP per year globally, despite the fact that the companies who receive them are some of the largest and most profitable in the world. Clean energy alternatives have received relatively few subsidies and are now becoming cost-competitive fossil fuels, which means fossil fuel companies want even more subsidies. Is there a way out of this vicious circle of spending? Read More »

Coal: Requiem for a Canary

Burning coal has taken a huge toll on our environment – polluting our air and water while causing thousands of premature deaths and running up billions in healthcare costs every year in the U.S. alone. Coal mining, especially the brutal practice known as mountaintop removal, has decimated Appalachia and other regions. And because of where coal plants and coal mines are located, frontline communities and our most vulnerable citizens have suffered the most. Read More »

Oil: Keep it in the Ground

The math is clear: the world has already discovered more fossil fuels than we can safely burn. A new study of the fossil fuel industry has found that just the oil and gas extraction projects that currently exist are enough to generate greenhouse gas emissions that would put us over the 1.5° C limit for global warming. Despite all this, oil companies continue searching for yet more reserves – in fact their current business model depends on finding as much new oil each year as they can. This means they are pushing deeper into untouched and risky frontier areas as existing oil fields decline. Read More »

Natural Gas: Not a Bridge Fuel

In order to promote natural gas consumption, the oil and gas industry convinced many governments (and environmental organizations) that it is a “bridge fuel.” The idea was that natural gas could get the country off coal while renewable energy is developed. Since natural gas burns cleaner than coal at power plants, the case was made that it is better for the climate. But science has shown that far from being a bridge, natural gas and of the practice fracking represent a death knell for our climate. Read More »

Deforestation: Killing the Lungs of the Planet

The climate crisis and the deforestation crisis are deeply interlinked. Simply put, one cannot be solved without addressing the other. Half of the world’s forests have already disappeared, and only 20% of what remains is intact. The destruction of the world’s forests is one of the single largest sources of carbon pollution into our atmosphere, and many forget that the forests produce much of the oxygen we breathe and influence weather patterns globally. Deforestation not only has huge consequences for the climate and for wildlife, it as also major human rights concern. Some 1.6 billion people worldwide depend on forests for the livelihoods. Read More »

Deeply enmeshed with climate change is one of the most vexing challenges we currently face – feeding humanity. Potentially spiraling out of control in coming decades is the demand for more and more meat. Globally, livestock farming accounts for approximately 10-15% of total greenhouse gas emissions. Cows have a very complicated digestive system and when they eat, the burb a lot of methane. This is called “enteric fermentation” and it is a massive climate problem. But that is just one part of livestock emissions. Clearing land for pasture and feed crops is a major driver of deforestation, one of the leading contributors to climate change, as is the agricultural production of the feed for an estimated 1.5 billion cows worldwide. Read More »

There is a ticking time bomb in the Arctic and off most mid-latitude continental shelves. Geologic history indicates that it has happened before. If allowed to explode again, there’s a very, very strong chance that the human race and most other earthly life forms won’t survive the experience. This time bomb is rarely reported in mainstream media. The early warning signs for us today include giant sinkholes in the Arctic that suddenly appear as methane-containing permafrost melts, mile-long sheets of methane bubbles in the sea around Siberia, and continuously-increasing methane levels across the world. Read More »