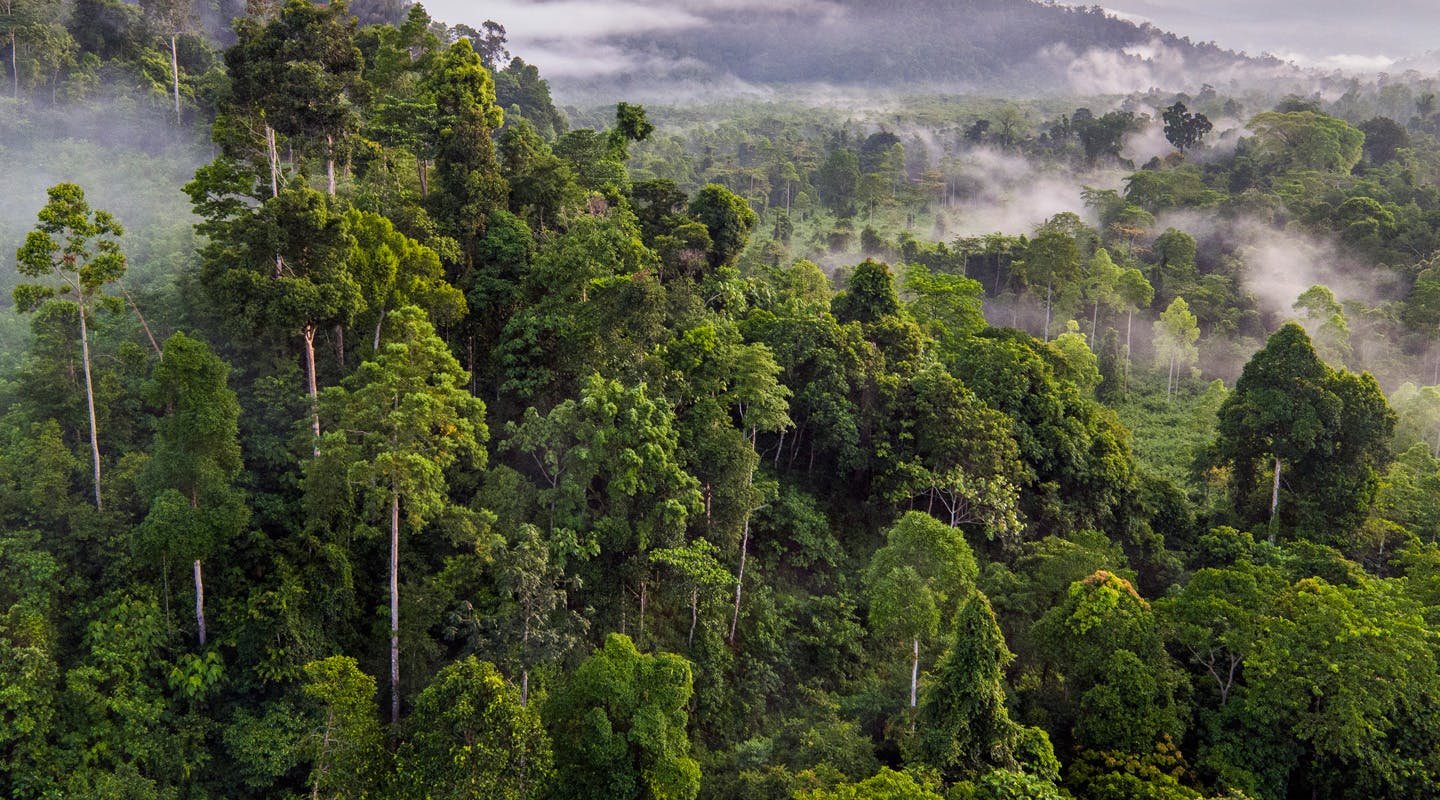 Killing the Lungs of the Planet

The climate crisis and the deforestation crisis are deeply interlinked. Simply put, one cannot be solved without addressing the other.

Forests play a critical role in mitigating climate change because they act as a carbon sink—soaking up carbon dioxide that would otherwise be free in the atmosphere and contribute to ongoing changes in climate patterns. Deforestation undermines this important carbon sink function. It is estimated that 15% of all greenhouse gas emissions are the result of deforestation.

Not only does this have huge consequences for the climate and for wildlife, it’s a major human rights concern: some 1.6 billion people worldwide depend on forests for the livelihoods and benefits they offer including food, fresh water, clothing, traditional medicine and shelter.

The causes of deforestation vary from region to region, but the one important thing they have in common is us. Human activity is behind all major causes of forest destruction, whether it’s to support the industries that make products we use every day or to make space to grow our food. Here are just some of the ways business-as-usual is contributing to deforestation.

The largest drivers of deforestation in the world today include clearance for industrial agriculture, including palm oil, soy and beef cattle. Logging for wood products, much of it illegal, and the clearance of forests for the expansion of pulp plantations are other major drivers of forest loss.

Agribusiness—in which huge areas of forest are burned or cleared to make space for crops and livestock—is the number one driver of deforestation. These practices are turning some of the most biodiverse areas in the world into monocultures.

Palm oil is the most widely used vegetable oil on Earth. It’s in roughly half of the processed food in your local grocery. Chances are, palm oil is present in some form in nearly every room of your home. Because of this demand, palm oil is also one of the biggest threats to rainforests. And the search for cheap palm oil causes not only deforestation, but also human rights violations, massive carbon emissions, removal of Indigenous peoples from their land, child labor, and forced labor — and the industry is pushing species such as the Sumatran Orangutan to the brink of the extinction.

Between 70% to 90% of the world’s soy crop is used to feed livestock. Therefore, most of the world’s soybeans are consumed indirectly by humans through products like meat (chicken, pork, and beef), dairy, eggs and farmed fish. People also directly consume soybeans in tofu, soy sauce, meat substitutes and other soy products.

The increasing global demand for soy has resulted in massive deforestation in the Amazon Rainforest.

Read more about how the soy industry drives deforestation.

Converting forest to pasture for beef cattle, largely in Latin America, is responsible for destroying 2.71 million hectares of rainforest each year—an area about the size of the state of Massachusetts—in just four countries. This is more than half of tropical deforestation in South America, and more than five times as much as any other commodity in the region.

Read more about how the beef cattle industry drives deforestation.

Illegal logging is an immense, multi-billion dollar industry threatening forests worldwide. Some research even suggests that illegal activities make up more than 10 percent of the global timber trade, representing more than $150 billion per year.

Pulp from cleared forests and the pulpwood plantations that replace them is made into cheap copy paper, books, tissue, packaging, toilet paper and even luxury shopping bags. It is also used to make rayon, a fabric found in a wide array of clothing and apparel and sold to consumers in the United States, Europe and Asia.

Read more about how the pulp and paper industry drives deforestation.

Spotlight on the Leuser Ecosystem

There are three major rainforest regions on earth: The Amazon Basin in South America, the Congo in Africa and the forests of Southeast Asia, including Indonesia. Though heavily impacted by human activity, each of these areas is still home to remaining expanses of intact tropical forests, which must be protected to avert climate catastrophe.

One of these special places is the 6.5 million acre Leuser Ecosystem on the island of Sumatra. The Leuser Ecosystem is a world unto itself—a rich and verdant expanse of intact tropical lowland rainforests, cloud draped mountains and steamy peatland swamps. It is among the most ancient and biologically diverse ecosystems ever documented by science, and it is the last place on Earth where orangutans, elephants, tigers, and rhinos still roam side by side.

In addition to the endangered and iconic wildlife, millions of Acehnese people depend on the Leuser for their clean water supply and livelihoods.

The Leonardo Dicaprio Foundation is committed to working to secure the long term protections needed for this high priority conservation landscape under siege from palm oil plantation expansion, pulp and paper plantations, mining, logging, poaching and human caused fires. Please take a moment to take action with Rainforest Action Network today by adding your voice to the growing international chorus standing up to the companies that profit from the destruction of the Leuser Ecosystem.

Read more about the Leuser Ecosystem and HAkA, a local NGO working on the frontlines in Aceh.