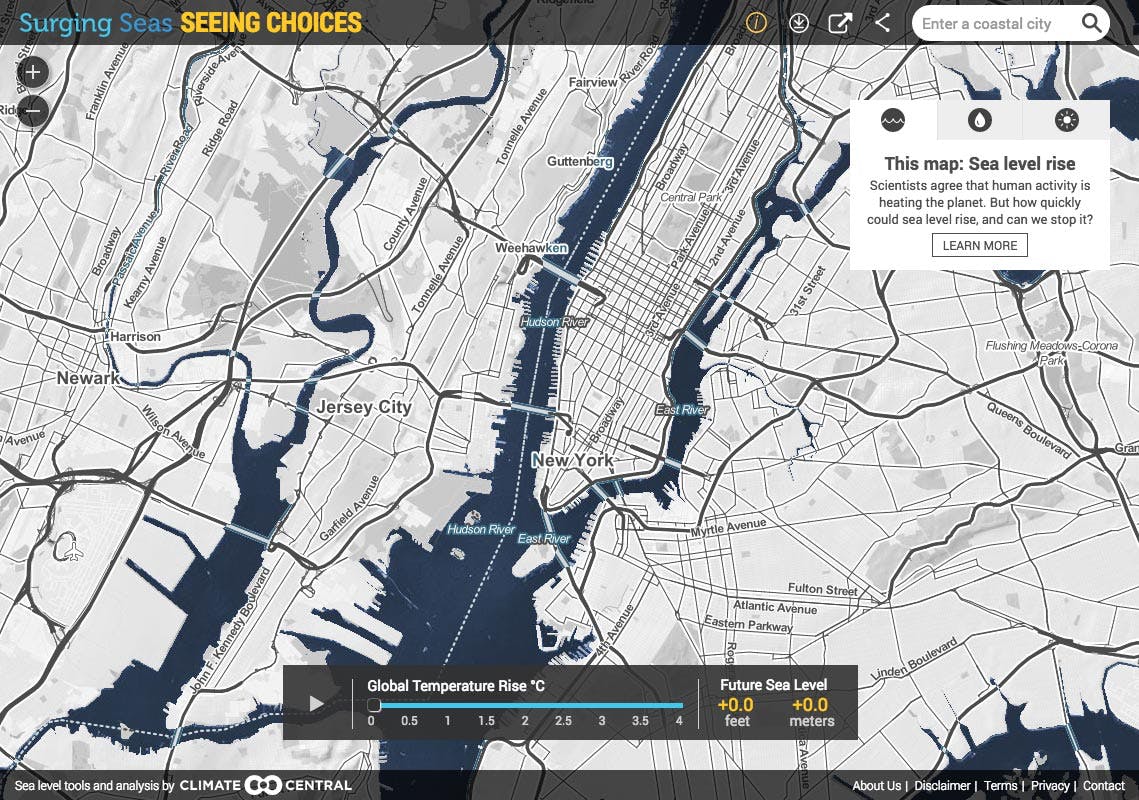 Hundreds of millions of people live on low-lying coastal land. Sea level rise is already creating its first refugees today. If we continue to pour heat-trapping gases into the atmosphere, we could easily set in motion long-term rapid rise and a migration crisis lasting decades or centuries. The struggles today around refugees from Syria and other conflicts in the Middle East and Africa could look small by comparison.

This page shows how iconic locations around the world could fare depending upon how quickly and emphatically the world can transition to clean energy and other climate-friendly practices. Images are based on the maps at Seeing Choicesand Mapping Choices, which allow you to explore potential future sea levels under a wide range of scenarios, almost anywhere in the world.

The first image in each pair shows projections of post-2100 sea level rise that could be locked in following 4°C of warming from carbon pollution in the coming decades. The second image shows projections based on 2°C, matching the main target in the 2015 global Paris climate agreement. Reaching that target will make a big difference, but will still not be enough to save countless places.

The images on this page were created by visual artist Nickolay Lamm based on Climate Central’s sea level map data. More images are available for global and U.S. locations.