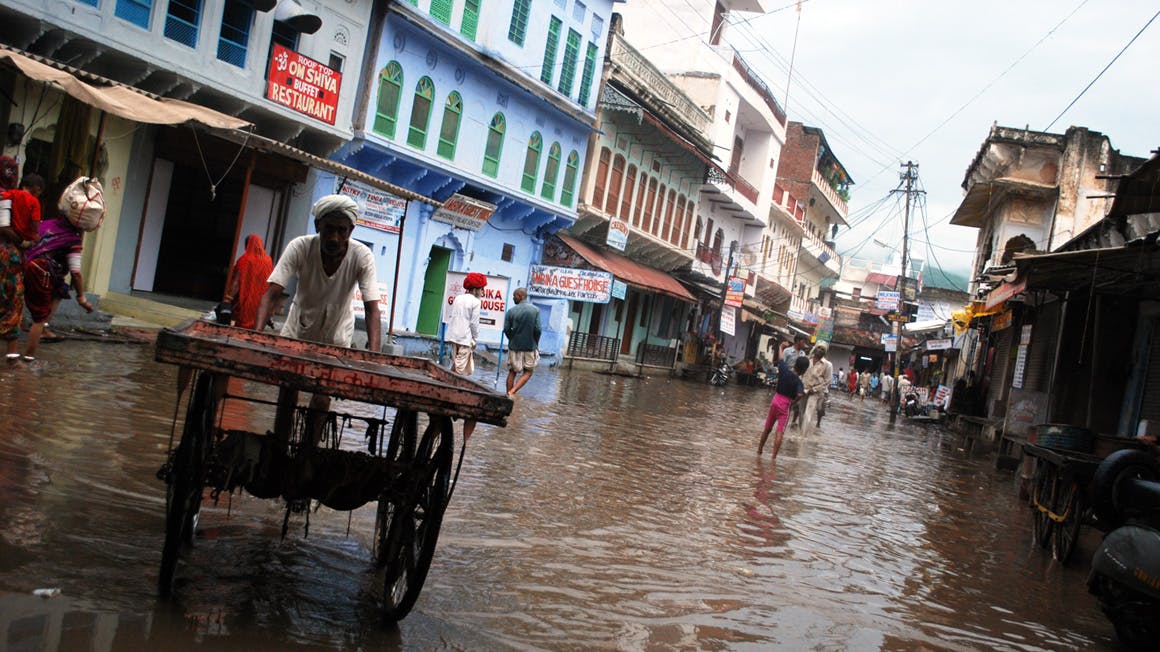 As Asia spans many different climatic zones, Asian countries will be differently affected by climate change. Climate change in Asia interacts with other megatrends such as population growth, rapid urbanization and economic development, and will likely have negative effects for the sustainable development of most Asian developing countries, based on findings from the Intergovernmental Panel on Climate Change Climate change AR5, WGII

Extreme heat poses a substantial threat to human health in Asia: 2015 and 2016, for example, have seen record high temperatures in India, with over 2500 heat-related deaths in 2015 [1] and the highest temperatures on record in 2016. Under 2°C warming, heat extremes that virtually never occur at present will cover nearly 60–70% of total land area in summer [2]. In addition, massive fossil fuel use has strong negative health implications. In China, India, Pakistan and Bangladesh alone, more than 2 Million people die prematurely per year due to air pollution that is mostly caused by fossil fuel emissions.

Flooding risks due to changes in rainfall and river discharge are projected to increase strongly, in particular for countries in South Asia that are affected by the Monsoon, such as India, Bangladesh and Pakistan. Extreme rainfall events and heavy flooding already cause extensive damage today. Floods in India in 2013, for example, caused over 6000 deaths and total damages of over USD 1.3 billion. Heavy flooding could be 10% stronger in the region under 2°C warming.

Impacts of climate change on agricultural production in Asia vary by region, with many regions projected to experience a decline in productivity. Rising sea-levels will threaten major crop producing regions such as the Mekong Delta in Vietnam. In addition, prospects for fisheries will worsen as a result of warming oceans and the ongoing demise of tropical coral reefs.

Avoided impacts by limiting warming to 1.5°

By limiting warming to 1.5°C, many climate change impacts for Asia can be reduced or avoided. Heat wave length in South Asia would be about 50% shorter, extreme rainfall increase about 30% lower and sea-level rise over the 21st century about 20% lower compared to a 2°C warming, and much more so compared to even higher levels of warming.