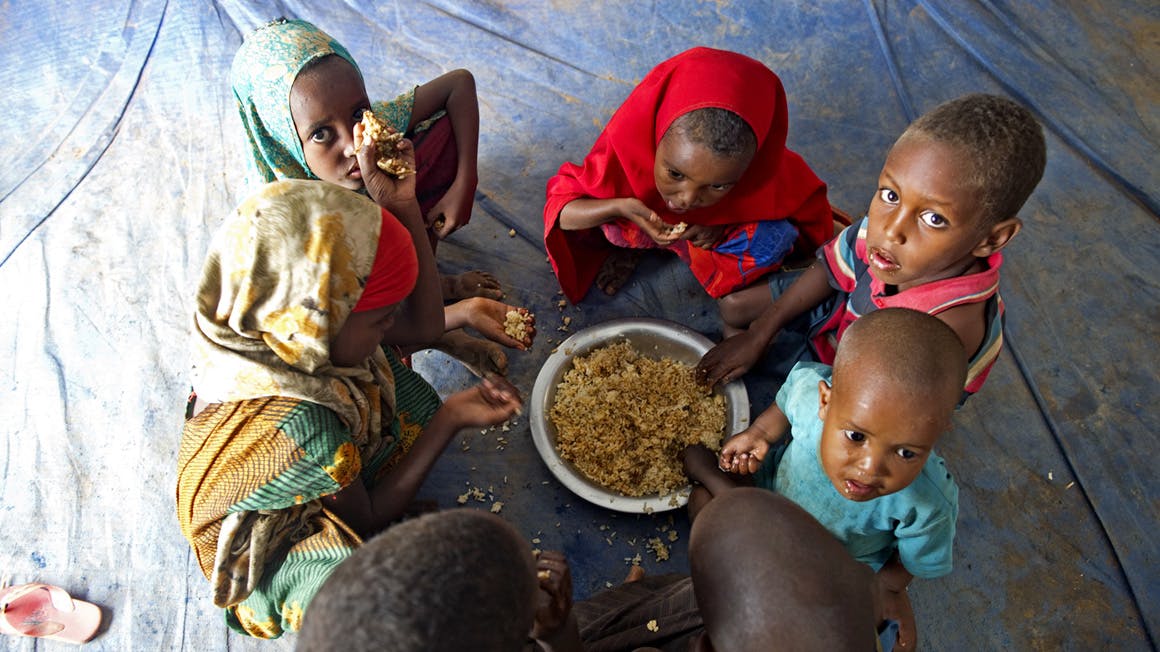 Despite their high diversity, many African countries are particularly vulnerable to the impacts of climate change and face multiple challenges such as poverty, food insecurity, conflicts and ecosystem degradation, based on findings from the Intergovernmental Panel on Climate Change Climate change AR5, WGII. Africa interacts with these conditions and other megatrends such as rapid population growth and urbanization to create high risks for both rural and urban populations:

Already under current climate conditions, extreme heat poses a substantial challenge to agricultural production, human health and labor productivity. These risks will grow substantially under increasing warming; under 2°C warming African countries may regularly experience heat waves that are have been highly unusual under historic conditions.

Existing stress on water resources in Africa will be amplified by climate change. Under extreme climate change scenarios, parts of southern and west Africa may see decreases in groundwater recharge rates of 50–70%, and extremely dry areas may expand by 10% compared to their current extent.

Climate change will compromise Africa’s agricultural productivity, which will have strong adverse effects on food security for a rapidly growing population. Already at warming levels of less than 2°C, total crop production could be reduced by 10% [2]. In addition, food security in Africa is at risk of climate impacts elsewhere: Crop export bans of major producing regions as a result of droughts or other climate impacts could put 180 Million people in Africa at risk.

Climate change can act as a threat multiplier to human health

Climate change acts as a threat multiplier to many health risks, including insufficient access to clean water as water resources decline, food insecurity as crop yields decline and vector-borne diseases such as malaria spreading into previously unaffected areas.

The increasing burden of malnutrition is likely to have affect children the most, with lasting effects on educational attainment and labor productivity.

Avoided impacts by limiting warming to 1.5°

Limiting warming to 1.5°C can greatly reduce the impacts of climate change for Africa. When compared to a scenario with warming of 2°C, the length of future heat waves under 1.5°C would be 50% shorter and the risks for crop production would be halved. These impact reductions would be even greater if compared to higher levels of warming.