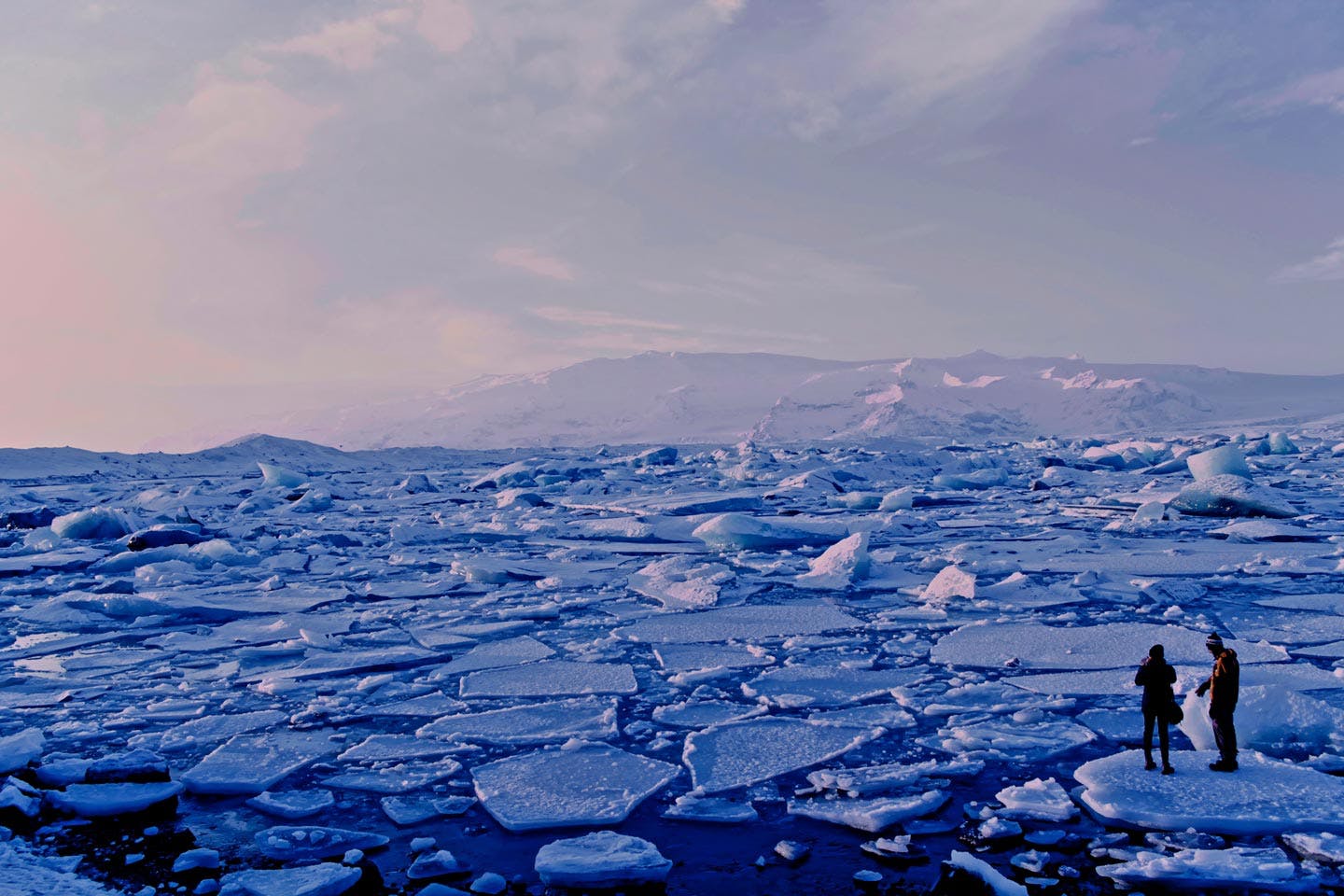 In Before the Flood, Leonardo DiCaprio and his team travel across the globe to witness first hand the devastating effects of climate change and what can be done to stop them. Below are a few of the places they visited, what they saw, and what the experts there say about current impacts and what we can do to avoid catastrophic climate change on a global level.

The film opens in New York City on the occasion of the 2014 Climate Leaders Summit. Leonardo has just accepted the United Nations title of Messenger of Peace for the Climate and he addresses one of the largest assemblies of world leaders in history. Leonardo and U.N. Secretary General Ban Ki-Moon discuss climate change and the extreme weather patterns already being experienced all over the world.

The second destination is the Great Canadian Oil Sands in northeastern Alberta, Canada, where Suncor Energy produces 350,000 gallons of synthetic crude oil through a process that emits greenhouse gases and wreaks havoc on local ecosystems. Here Leonardo discusses with Marc Mageau, SVP of Oil Sands Operations, the risky and extreme means of production now being used to sustain our global addiction to fossil fuels.

Leonardo travels to the forbidding terrain north of the Arctic Circle, first to Canada’s Baffin Island and then to Kangerlussuag, Greenland, where rapid ice melts provide startling evidence of how quickly the climate is changing. Climatologist Jason Box describes how more than 30 feet of solid ice has melted in just the past two decades, contributing to extreme sea level rise. The Arctic is like the “air conditioner” for the Northern Hemisphere. If it stops working it will disrupt weather patterns and make floods and droughts more catastrophic.

Coastal areas are most susceptible to being washed away from rising sea levels. Leonardo visits Miami Beach, Florida, where Mayor Phillip Levine talks about the current $400 million infrastructure project meant to keep the rising waters at bay. This expensive project is an attempt to buy Florida another 50 years, at most. Despite needing real solutions, climate change is a politically charged topic in Florida, with a governor who believes climate change is a “hoax” and tried to make the use of the term illegal.

Leonardo visits China and speaks with Ma Jun, Founding Director of the Institute of Public & Environmental Affairs. Ma Jun calls China the factory of the world, with thousands of factories that pump pollution into the air. Millions of people downstream from this pollution cannot go outside without facemasks to protect their lungs. Environmental issues have become the biggest reason for mass demonstrations in China. China hopes to be an example of the rest of the world by prioritizing wind and solar over coal for their growing population.

Leonardo visits India, the world’s third largest emitter of carbon emissions. Sunita Narain of the Centre for Science and Environment discusses the country’s struggle with massive power shortages and rolling blackouts. 300 million people are without power or light in India, close to the entire population of the United States. One of India’s biggest priorities is development and bringing people out of energy poverty. Many believe the cheapest way to do that is by using more coal, even though it will make climate change in the region worse.

The team’s journey takes them to the South Pacific where Leonardo meets with Anote Tong, the President of Kiribati, and H.E. Tommy E. Remengesau Jr., the President of Palau. Here they see first hand the plight of the small island nations, which face an uncertain future due to rising sea levels and declining coastal ecosystems. Despite contributing the least to the causes of climate change, the people of the island nations are already the first to suffer the brunt of its effects.

In a submarine expedition Leonardo and Marine Biologist Jeremy Jackson talk about the severity of the dying coral reefs. One billion people depend on the fisheries from coral reefs for their diet and livelihoods, and these coastal systems have been plunged into turmoil due to the massive amounts of carbon emissions absorbed by the oceans. The oceans absorb most of our carbon emissions and the extra heat created by climate change. Reefs, as we know them, may disappear due to the pressure we are putting on the systems.

Like the oceans, the world’s remaining rainforests act as a sponge for carbon emissions. Leonardo next visits Sumatra, the last place on Earth that still has elephants, rhinos, orangutans and tigers living together in the wild. Palm oil farmers are intentionally setting fires in the rain forest habitat at an alarming rate in order to create palm oil plantations. This practice releases huge amounts of carbon into the atmosphere and threatens the foundation of one of the most biodiverse places on the planet. The expansion of palm oil industry in Indonesia has already consumed about 80% of its forests.

While filming The Revenant in 2013 Leonardo and the film crew experienced first hand the effects climate change. On location in northern Canada the country was hit with record-breaking temperatures that completely melted the set. In order to finish making the movie the 200+ team had to relocate 9000 miles, halfway around the world to Ushuaia, Argentina just to find snow to complete the filming. South America is also seeing its own climate impacts as well.

Leonardo visits the Tesla Gigafactory near Reno Nevada, to discuss with billionaire entrepreneur Elon Musk his vision of the future of energy. The sun doesn’t shine all the time but new cutting-edge batteries can make our energy future completely sustainable. To power the whole world, we would only need 100 gigafactories. Power sources like Solar and Wind are already becoming cost competitive with dirty sources of energy like coal and gas. As the cost of batteries goes down, this will help both the U.S. and developing nations power their future without carbon emissions.

December, 2015 was one of the most important moments in history as 197 countries gathered to sign the Paris Agreement on climate change. Leonardo interviews U.S. Secretary of State John Kerry, and they discuss the leadership of China and the US committing to reducing their carbon reductions. When the two largest economies in the world stood up to make their commitments, many other countries quickly followed, building a momentum that has never existed before to solve the global climate crisis.

Leonardo visits the White House to talk with President Obama about the Paris Agreement, which locks all countries into verifiable steps and targets that they will take to limit their carbon emissions. Though current commitments from governments are not nearly enough, President Obama is hopeful for the future, stating that the next 20 we can use existing technologies to reduce carbon emissions with a gradual increase of more and more ambitious targets each year. Though he admits this will not completely reverse the warming that now is inevitable, he says that it can stop it before it becomes catastrophic.

Leonardo concludes the Before the Flood journey by visiting The Vatican in Rome where he has an audience with Pope Francis, who recently released the environmental encyclical Laudato Si. This is one of the most important new documents for the Catholic Church, as it adds an official doctrine calling for immediate action to stop global warming and to protect the poor from the impacts of climate change. Pope Francis urges people to accept the modern science of climate change and to work hard to take care of the environment. This is an unprecedented move – a Pope has never done anything like this before.