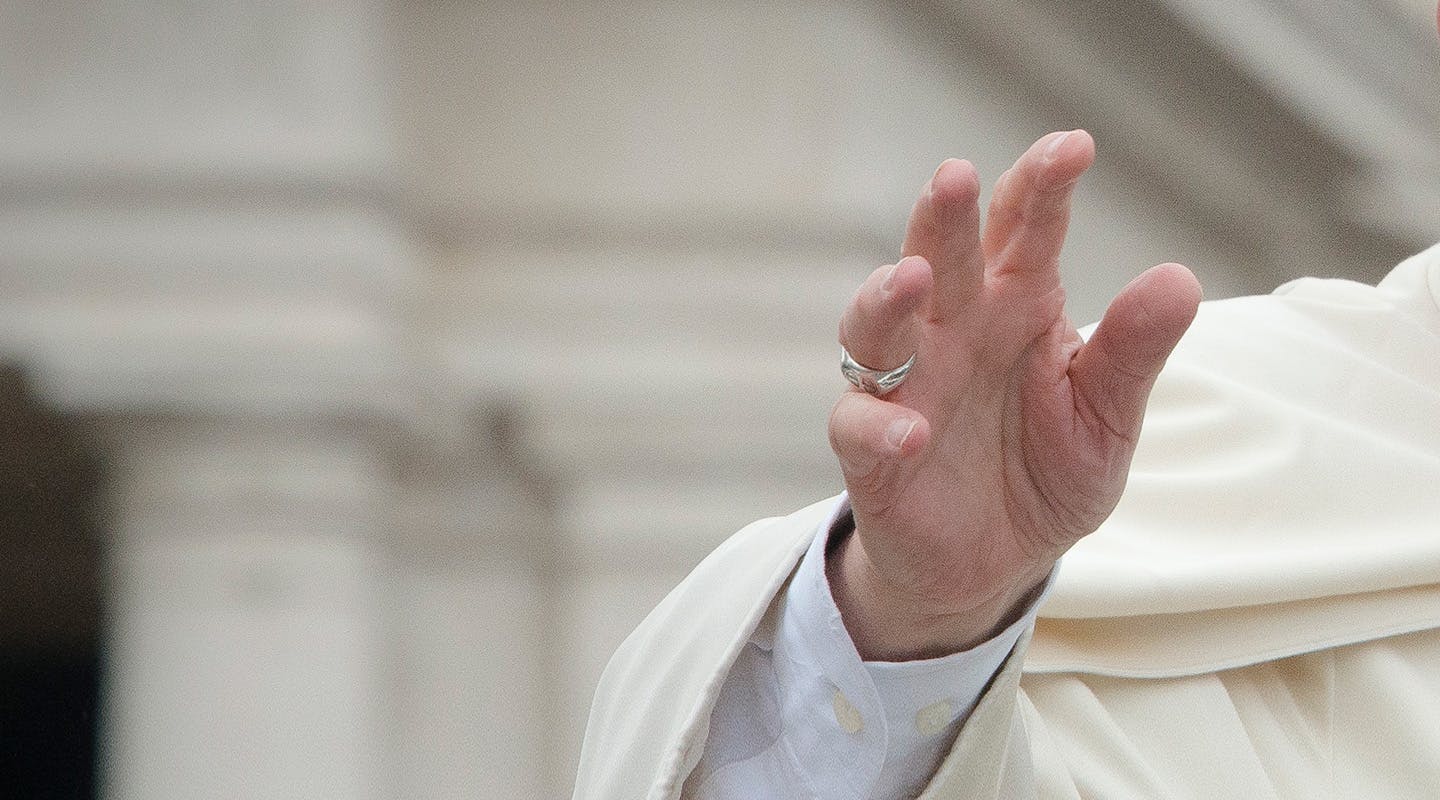 How the pope may have saved the climate movement from itself

For a lot of the past few years I’ve been reporting among young activists in search of a climate movement worthy of its challenge. Here’s the problem: Many of the most prominent, visible environmentalists inhabit positions of immense privilege, and it shows. They’ve demanded regulations, and changes of behavior, and economic disruptions that make them feel like world-savers, but which make life no better (and sometimes worse) for those who lack their wealth and power, who are struggling to get by, who are often, meanwhile, the ones most affected by pollution, drought, and natural disasters. The climate movement has seemed to be acting against itself. Environmentalists seemed to be telling the poor of the world, Just wait. Let us save the planet, and after that maybe we’ll turn to your troubles.

The activists I knew were struggling to promote, and make mainstream, a vision of “environmental justice”—one in which preventing climate change and securing a just economy would be a yes/and, not an either/or. It wasn’t easy. Politicians and nonprofits kept reinforcing the notion that you can have the environment or a livelihood, but you can’t have both. Then came the pope.

On May 24, 2015, Pope Francis promulgated Laudato Si’. It’s an encyclical, meaning “circular letter,” a document to be studied and disseminated by a pope’s follow bishops throughout the world. Encyclicals play a central role in how Catholics understand the doctrine and teaching of the church, and these texts can have ripple effects for decades and centuries after they appear. The timing of the release, however, indicated that Francis had more immediate ambitions; he hoped to influence the United Nations climate conference the following September, which indeed resulted in important breakthroughs.

The core concept of the document is what Francis calls “integral ecology”—a vision in which the environment, human society, and spirituality are all interconnected. Like many young radicals I’ve known who are struggling to be heard, he refuses to choose between caring for the natural world and caring for fellow human beings. Truly addressing climate change, Francis believes, will require more than merely inventing new technologies that can reduce the carbon concentration in the atmosphere, though technologies may help; it requires reconsidering what we value and how we share the wealth of the world with one another. Francis is the first pope to come from a “Third World” country. His approach cannot help but be informed by his roots in what he calls the “peripheries” of the global economic order. He thus gives us an environmentalism not of the powerful and the privileged, but one worthy of the “God of the poor.”

“I wish to address every person living on this planet.” With this, Pope Francis makes clear from the outset that he is not just speaking to Catholics; he’s calling for Catholics and non-Catholics to work together to meet a common challenge.

“Obstructionist attitudes, even on the part of believers, can range from denial of the problem to indifference, nonchalant resignation or blind confidence in technical solutions. We require a new and universal solidarity.” Francis is not opposed to technology, but he rejects the idea that it can be a substitute for fostering more just social relations as we seek to solve our problems.

“Our world has a grave social debt towards the poor.” The vast majority of carbon emissions, per capita, are caused by the rich and affluent, while the victims are primarily the poor; Francis insists that the rich must take chief responsibility for the costs of reversing course.

“Nowadays we must forcefully reject the notion that our being created in God’s image and given dominion over the earth justifies absolute domination over other creatures.”Francis refutes the common belief that, in the Book of Genesis, God grants humans the right to do whatever they want to creation; he stresses that the Bible’s reference to “dominion” should be understood as a call to “responsible stewardship.”

“Concern for the environment thus needs to be joined to a sincere love for our fellow human beings.” The “integral ecology” that Francis calls for is a vision in which there is no choice or distinction between the health of the planet and justice among people—the good of each is the good of both.

“The same mindset which stands in the way of making radical decisions to reverse the trend of global warming also stands in the way of achieving the goal of eliminating poverty.” Just as the solutions to climate change must be integrated with economic justice, Francis sees the causes of both as rooted in a common social disfunction: a “throwaway culture.”

“New forms of cooperation and community organization can be encouraged in order to defend the interests of small producers and preserve local ecosystems from destruction.”Several times in the document, and throughout his other speeches and writings, Francis encourages forms of economic cooperation—business models in which the people who most rely on a given enterprise, as well as the surrounding natural environment, own and govern it.

“The principle of the maximization of profits, frequently isolated from other considerations, reflects a misunderstanding of the very concept of the economy.”Here Francis, like many of his predecessors, challenges the pursuit of profits above all that pervades so much of our economic lives; this orientation is a threat to human solidarity and global survival.

“Once we lose our humility, and become enthralled with the possibility of limitless mastery over everything, we inevitably end up harming society and the environment.”Paradoxically, Francis calls on us to utterly transform our society, but to do so with a sense of humility—to build a society that doesn’t assume human omnipotence, but that recognizes our weakness and ignorance as well as our God-given dignity.

“Mary, the Mother who cared for Jesus, now cares with maternal affection and pain for this wounded world.” As worldly as the document can seem, it is spiritual throughout; Francis’ faith in our capacity for transformation rests in his faith that divine forces accompany us in the struggle.

If we approach nature and the environment without this openness to awe and wonder, if we no longer speak the language of fraternity and beauty in our relationship with the world, our attitude will be that of masters, consumers, ruthless exploiters, unable to set limits on their immediate needs. By contrast, if we feel intimately united with all that exists, then sobriety and care will well up spontaneously. The poverty and austerity of Saint Francis were no mere veneer of asceticism, but something much more radical: a refusal to turn reality into an object simply to be used and controlled.

Visit The Global Catholic Climate Movement for more resources on the Pope’s Encyclical.